Relocating to the Cayman Islands has many advantages. Here is some useful information to consider:

The Cayman Islands is often referred to as a ‘tax haven’ as there is no annual property tax, income tax, capital gains tax, inheritance tax, gift tax or corporation tax, and non-food shopping is predominantly duty free. As there are no such taxes and no restrictions on foreign ownership, the country is a very appealing destination for foreign investors.

BUYING A PROPERTY IN CAYMAN

The main airport in the Cayman Islands is the Owen Roberts International Airport which is located in Grand Cayman. The Charles Kirkconnell Airport is located in Cayman Brac. Little Cayman can be accessed using daily inter-island flights provided by Cayman Airlines and Cayman Express.

There are 6 districts within the Cayman Islands:  5 located on Grand Cayman – Bodden Town, East End, George Town, North Side, and West Bay and the sixth district is the Sister Islands which consists of the islands Cayman Brac and Little Cayman.

Transportation: Vehicles drive on the left-hand side of the road. Turning left on a red light after stopping is permitted. It is illegal to text or use a mobile phone while driving (unless hands-free). The public bus system offers seven routes with a typical fare costing CI$2 or CI$3. Visitors to the islands are permitted to drive on an international driving license for a maximum of 6 months.

Education: There are 14 government schools and 10 private schools for children, and 4 colleges for adults.

Newspapers: There are 2 daily newspapers (Caymanian Compass and iNews Cayman) and 2 weekly newspapers (The Cayman Observer and CaymanNetNews).

Currency: Cayman Island Dollars (CI) and United States Dollars (USD).  The Cayman Islands Dollar has been pegged at the rate of $1.20 US since the year 1974.

Weather: The Cayman Islands have a tropical marine climate, with a wet season of warm, rainy summers (mid-May through October) and a dry season of relatively mild winters (November to April). 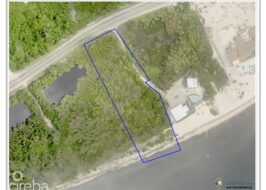 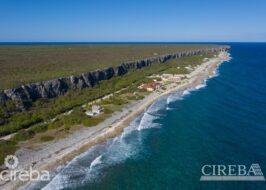